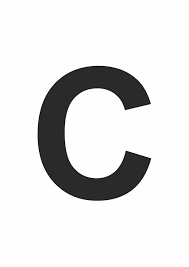 Catatonia went from indie-also rans to chart-topping band with the release of their X Files-inspired song, Mulder, and Scully. Being a big fan of the show, I naturally bought into the cult pop reference and it’s a great song too.

The band had just released International Velvet to critical acclaim in the UK and a trip to Dublin was on the cards to see the band grace the stage of the iconic Olympia Theatre in Dame Street.

Auntie Annie’s, which is no longer with us, was one of the smallest venues in Belfast for hosting shows. Normally used for indie club nights and some great discos, over time lots of bands have graced the small stage here.

Cave In hit the mainstream in 2003 with the release of Antenna and came to Belfast a year after playing the Limelight.

Cay released their debut album Nature Creates Freaks in 1999 and was one of the many bands that I got to see at my first Reading festival. They were second on the billing after My Vitriol opened the main stage on the final day.

There was a lot of buzz about them having won best British newcomer at the 1999 Kerrang! Awards but sadly this was the one and only time I saw them as they broke up.

It is exceedingly rare that I find myself more excited at seeing a support band than the main act. In this case, Cheap Trick supported Def Leppard when they came to Belfast as part of Def Leppard doing their Hysteria tour that year.

I wasn’t too fussed about seeing Def Leppard that evening but despite the truly short set for a support act they were brilliant, and I just wished they were the headliners!

The last time I saw Chris Cornell live was when he was fronting Soundgarden, and they played their last Dublin show at Sunstroke 1995. A festival remembered for all the wrong reasons – clashed with two Smashing Pumpkins gigs at SFX Centre which sold out quickly and the festival moving indoors which ruined the vibe of the previous two-year outdoor shows.

It was the release of the live album, Songbook in 2011 which covered his whole career from Soundgarden, Temple of the Dog, Audioslave and his solo output.

I was originally meant to see him for the first time in Birmingham that year and had a ticket for it but when the Dublin date at the Olympia was announced I took a chance to get a ticket and managed to get one so that gig became the first time I saw him play solo.

My ticket was two rows from the front which was amazing. He played a good variety of this solo material with the rest being covers from Prince, John Lennon, Bob Dylan, Led Zeppelin and U2. The U2 cover was the most interesting as he played the music to U2’s One to the lyrics of Metallica’s One. Man is a genius.

This one was bugging me. I was sure that Clutch supported Therapy? for this one. So, I took to Twitter and tagged both bands.

Therapy? replied and confirmed that they did support them. This was further confirmed by Tim Croydon who sent me a screenshot from SetlistFM which also confirmed it. Thanks, guys!

Clutch have been regular visitors to Belfast over the years playing here four times in the last eight years.

So, this was the first time I had got to see the band play supporting Therapy? and what a great support slot it was.

How do I write about the one and only time I got to see Coldplay after seeing Radiohead the night before in Dublin?

There was a lot of buzz about Chris Martin and his merry band with the release of Parachutes and following a successful summer touring. They played Glastonbury twice on the same day during the summer and that was the start of them getting bigger.

I will admit I did like them at the time, but this gig was truly awful and one of the many that I had put down to as was I there? Headlining the Ulster Hall on the strength of one album, the band didn’t have much material and it was a short gig. Setlist FM has their set with12 songs including an encore. I am sure they played Yellow (their big hit) twice that night.

After that, I never really bothered to see them live again.

This is an interesting one. Mark Greaney formed Concerto for Constantine after JJ72 split up and they supported Smashing Pumpkins at the King’s Hall.

I don’t think they had even released an album at this stage.

One of many bands that I got to see for the first time at this festival and that is why festivals are good to see bands you may not already have heard of.

In this case, I had heard of them and their debut album, See This Through and Leave was a favourite of mine that year, so I made the point of getting to see them at Witnness.

I can’t remember much about this gig, but I am sure my wife won tickets on the radio for this one. One of the very few gigs that I sit down for, and I was pleasantly surprised to have enjoyed this one.

When Crowded House released Weather with You it was never off the radio, and I was sick of hearing it. Sometimes radio play does kill a song for you but prior to this gig I was listening to their greatest hits album and found them very enjoyable, even that song!

Def Leppard returned to the Odyssey following their first gig there in 2008. I had already gone off the band, but Alice Cooper was supporting them. How could I turn this one down?

On another rare occasion to sit at a gig with my wife, she was more interested in seeing Def Leppard.

In terms of showmanship, Alice Cooper was amazing. This was his first visit to Belfast since playing the King’s Hall in 1989. He played a blinder of a set and the clean-up crew took ages to clear the stage after he left which resulted in Def Leppard coming on late and many people leaving early to catch the train home!

The Cardigans made a return visit to Belfast since their debut at the Conor Hall in 1996. I was only vaguely familiar with them when they released Lovefool from First Band on the Moon which was included in the soundtrack for Romeo + Juliet but it was the follow-up Gran Turismo in 1998 that I started to take notice of them.

They were the main support to Catatonia who by now were household names thanks to the success of International Velvet.

Another band that took me ages to get to see for the first time were the Charlatans who have been regulars here over the years since the 1990s.

In 1997 they played at the Ulster Hall, so their return visit to Belfast in 2002 had them in the Waterfront Hall which I thought was a strange venue to put them in.

Wonderland had been released the following year with both NME and Q listing it as one of the best fifty albums of 2001.

First time I got to see The Coral was part of NME’s curated headline tour which came to Ireland for the first time. A remarkably diverse line up of Andrew WK, Lostprophets and Black Rebel Motorcycle Club along with The Coral were considered NME’s favourites for the coming year.

The Cult came back to Belfast for the first time in ten years following their last show at the Ulster Hall in 2006.

I wasn’t at that one and had never seen them live so when the band released Hidden City and the tour was announced I wasn’t going to miss this one.

The band didn’t did not disappoint. Ian Ashbury was in great form and Billy Duffy on guitar was amazing. Hope they don’t leave it too long before they are back here.