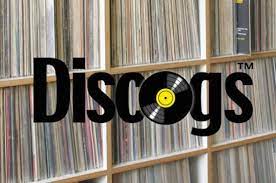 While most shops were still closed early 2021 due to the pandemic to buy music, I started to go to the Discogs website.  It is basically an eBay of record shops throughout the world.

Thing is Discogs appeals to the hardcore collector or in my case the casual collector.  I’m not after first pressings or rare vinyl.  I am trying to fill a few gaps in my collection and set myself a few challenges to get a CD without paying over the odds for it.

As Discogs is worldwide you will get many different offers from as far away as Japan, USA, Canada, Australia and even mainland Europe.  While some of the prices might be tempting and then you put the price on a currency converter you suddenly realise buying from the other side of the world isn’t cheap after all when it comes to postage.

So, for now I’m sticking to buying from the UK/Ireland market.

I have been really pleased with my purchases so far and all have been in really great condition and playing well.

My first purchases on Discogs were two albums by Buffalo Tom that I didn’t have.  Very hard to get in the likes of HMV, so looking at their discography I took note of a few CDs that I was missing.

Buffalo Tom are from Boston, Massachusetts and they formed in 1986 with Bill Janovitz on guitar, Chris Colbourn on bass and Tom Maginnis on drums.   The band name is derived from the band Buffalo Springfield and the first name of the band’s drummer.

The latter I picked up when it got a 25th anniversary reissue so that left two albums to hunt out.

Their debut album simply entitled Buffalo Tom was released in 1988 and it featured production from J Mascis from Dinosaur Jr and Buffalo Tom themselves.  It was released on the SST label, and this was an album that was showing the band just starting off with a lot of potential.

Second album Birdbrain came out two years later in 1990 with J Mascis again assisting with production.  Bill Janovitz acknowledged the influence of Mascis on the bands edgier side.

I’m still three years away from discovering this band and this is an excellent album kicking off with Birdbrain which was a live favourite. The album also included a cover version of The Psychedelic Furs’ song Heaven and a live acoustic of Reason Why from their debut album.

I am still on the hunt for two other albums that will complete the collection 1998’s Smitten which I totally forgot about and compilation album Besides: A Collection of B-Sides and Rarities from 2002 which will complement the Asides album from 2000.

There is also a live album that was released in 2005 so time to search Discogs for that one.  As always, the plan is not to spend an awful lot of money on the CDs and try to get a good bargain.

My challenge here was do I fill the gaps or not bother.  I have two other bests of collections so did it make sense to add in the others?  Only if you want to be a completist!

Of all the studio albums, Cut the Crap (1985) was the only one I never had.   This was the bands sixth and final album.  By this stage, Mick Jones, and Topper Headon had been dismissed by Joe Strummer and replaced with three unknowns’ guitarists Vince White and Nick Shepard and drummer Pete Howard.

The album took its name from a line in the 1981 post-apocalyptic film Mad Max 2.    It took a battering from the UK music press citing it as “one of the most disastrous albums ever released by a major artist.”

Strummer had disowned the album and within weeks The Clash were no more.  The legacy of the album is that it is barely mentioned in documentary The Clash: Westway to the World (2000) and only acknowledged briefly in the official illustrated biography The Clash (2008).

It is also omitted from most compilations they have released but This is England did feature in a latter compilation The Essential Clash which was the first time I had heard it.  For a long while it been absent from the collection and probably with good reason as it is regarded as not a real Clash album, more like a Joe Strummer solo album.

Next up is the compilation albums.  Having already got The Essential Clash (2003) and The Clash Hits Back (2013) – the latter included a 33-song best of collection in the sequence to copy the set list played by the band at the Brixton Fair Deal on 19 July 1982.

The Story of the Clash, Volume 1 was released in 1988 giving a through overview of their career but not including anything from Cut the Crap.  The songs are not in any chronological order with a few variations such as 12” versions, US single mixes, Eps, B-sides or non-album singles which kind of gave it a bit of justification to have.  Although having said that, Volume 2 never turned up so it kind of remains a unique one to have in the collection.

Super Black-Market Clash released in 1993 contains B-sides and rarities not available on the group’s regular studio albums.  It is an expanded repackaging of the 1980 release Black Market Clash which was a 10” EP containing 9 songs.  The album cover remains the same apart from being updated too “Super”.

While the album does not fully compile the B-sides or even attempt to collect all their rarities it does however contain important songs three songs from The Cost-of-Living EP – Groovy Times, Gates of the West and Capital Radio Two.

Quite a few of these tracks also turned up on the three-disc collection Clash on Broadway but I found the cover appealing as I never had the album.  It features Don Letts on the foreground who worked with the band before as well as being a founding member of Big Audio Dynamite with Mick Jones.

Two compilations remain and my challenge for both is to pay the least for them if possible!  There is a reason for this and mainly it’s the completist in me to want to have the complete collection from studio, to live and finally compilation albums.

The Singles (1991) includes all the singles in chronological order omitting 1977’s Capital Radio which was not eligible for chart entry due to being an EP and 1985’s This is England from Cut the Crap which was disowned.  This album has 18 tracks in total.  I believe this album was issued as a cash-in to a certain advert by Levi’s Jeans that contained Should I Stay or Should I Go as it’s soundtrack given the band their only UK no.1 single.

The Singles (2007) not to be confused with its 1991 predecessor has a different cover and does not include any of the B-sides and is a single disc with two tracks more than the 1991 compilation – Know Your Rights (from Combat Rock) and finally getting included This Is England (from Cut the Crap).  It is a more slimed down version of the 2006 box set The Singles which was released in both CD and 7” vinyl – 19 singles in total.

I have never thought of adding this one to the collection as you would be getting all the singles in their original format and sleeves.  Might check out price wise first as it does look nice.

One thought on “Discogs”